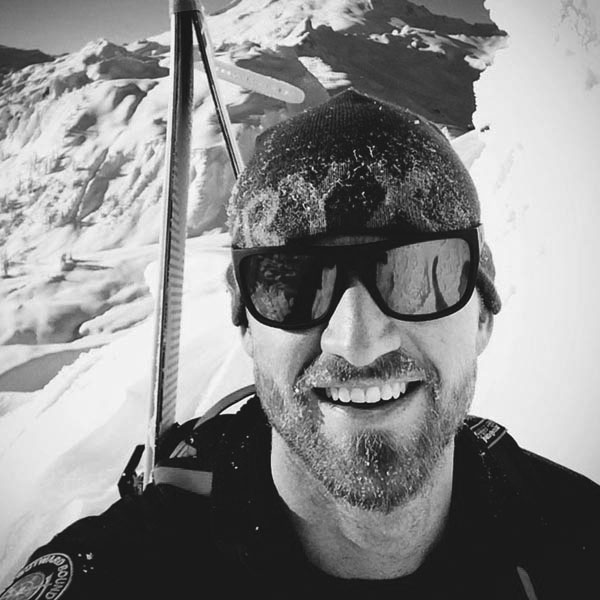 In the backcountry, as a skier or rider, it is of utmost importance that you manage your group through terrain appropriately. Below are some common travel techniques on the uphill and downhill to help you keep your squad skiing/riding together for a lifetime. And we at Baker Mountain Guides want that to be a long lifetime.

When traveling in the backcountry, it’s the golden rule to stay together unless you have a very good reason to do otherwise. This is much more easily accomplished on the uphill when you are traveling slower but can become a problem if there are folks of different fitness/ability levels. Below are some common uphill specific techniques to keep the squad together and communicating.

Make this your default uphill technique for ensuring the squad stays together — especially in white-out conditions where someone could easily become disoriented if separated from the group by even ten feet. It’s pretty self-explanatory: Stay tip to tail with the person in front of you, and, like Ludacris says: “When I move you move”. Just like that. Among the many benefits of this technique include: You won’t lose your friends, improves communication, you break at the same time, everyone is present to be involved in decision making. 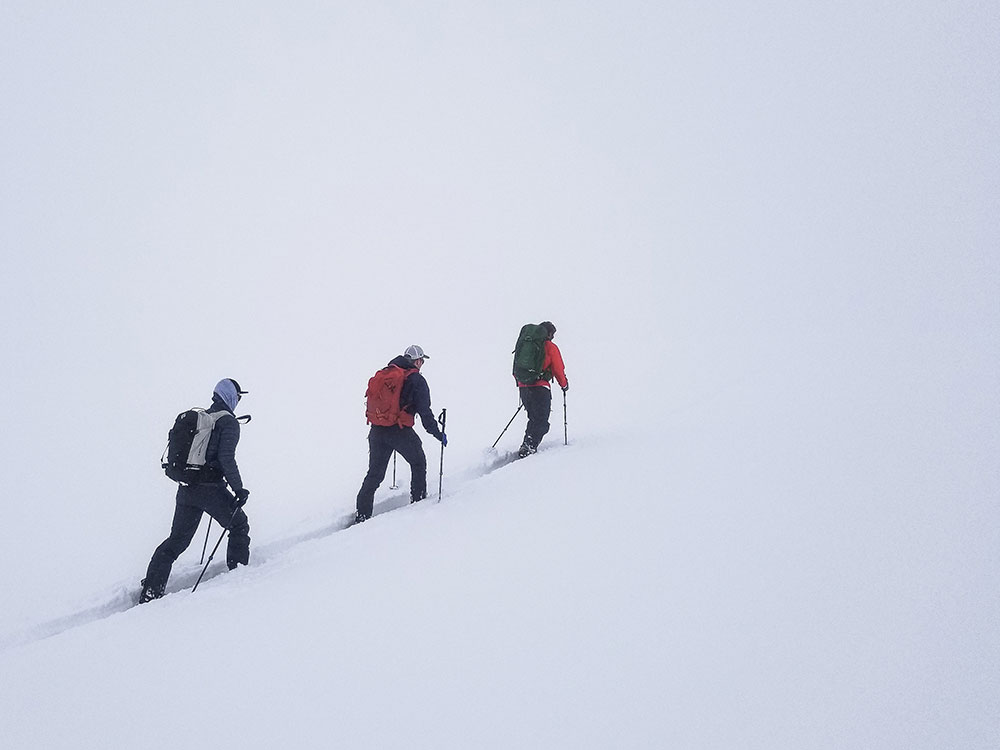 Sometimes the iron caterpillar is not the best option. For example: traveling on glaciated terrain where you want to make sure only one person is on a snow bridge at a time or crossing a known avalanche path you think is safe, but space out to expose only one person at a time.

The ol’ FU Break is all too common. Let’s say your squad of four is out for a tour but person “A” is a bit slower on the uphill. Consequently, they fall behind consistently. The rest of the team is moving easily through the terrain but decides to stop every now and again to let person “A” catch up. This break may last 5 or so minutes where the other three members get to enjoy some water and snack while person “A” struggles huffing and puffing to catch up. Once Person “A” finally arrives, the rest of the squad is rested, but getting cold and antsy to continue, so they start moving again. The FU Break in action. Person “A” doesn’t ever get a break to get water and refuel so they will just get slower and slower, and angrier and angrier and angrier.

To avoid this event, utilize the Iron caterpillar technique or at least put the slower person up near the front as you travel. They likely will say: “I don’t want to go up front because I’ll hold you back,” but this is nonsense. In order to travel as a group, you can only go as fast as your slowest member. There will always be a slowest member. Putting that person near the front isn’t a slight on them as a human being — even the fittest humans out there have their off days. Embrace reality rather than play pretend.

Once you transition to downhill in the backcountry, things can go wrong in a hurry. Though there are many incidents where travelers are caught in avalanches on the up-track, the majority of accidents happen on the downhill. Where you’ve hopefully been traveling pretty close together and utilizing the uphill travel techniques above, it’s much easier to spread out and lose each other once gravity is on your side.

Skiing or riding downhill is really fun… so the human factor also begins to creep into our decision making. As always, the most important way to stay safe is to choose appropriate terrain for the conditions and your squad. Below are some common travel strategies to help manage folks through terrain once you make the choice to go. 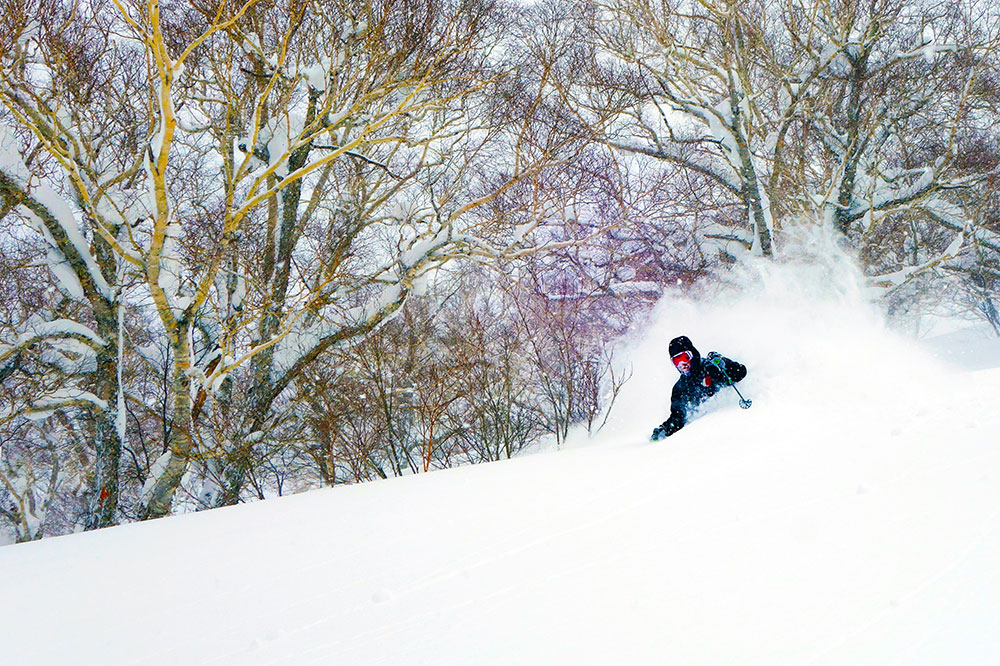 This is one of the techniques you should always seek to do. Keeping folks in visual contact not only allows you to know where to start a search if a rider is caught in a slide, but also aides in mitigating non-avalanche hazards like tree wells, deep snow immersion, or just getting lost.

Ease into the Slope

Rather than the first person hucking their meat off of the cornice in order to center punch the line, the first person on the slope should ease in. You should feel confident that the slope is safe in order to decide to ride it, but people often make the wrong decision. What’s wrong with being just a little more conservative when your life is on the line?

One At A Time

Only one person on the slope at a time hopefully means only one person is exposed to danger at a time. This only holds true, of course, if those not riding are actually stopped in safe zones.

Safe zones are areas in terrain where you are protected from hazard. The top of a slope or ridgeline away from cornices where nothing can fall on you or break under you for instance. As much as possible, try to travel from safe zone to safe zone in terrain. 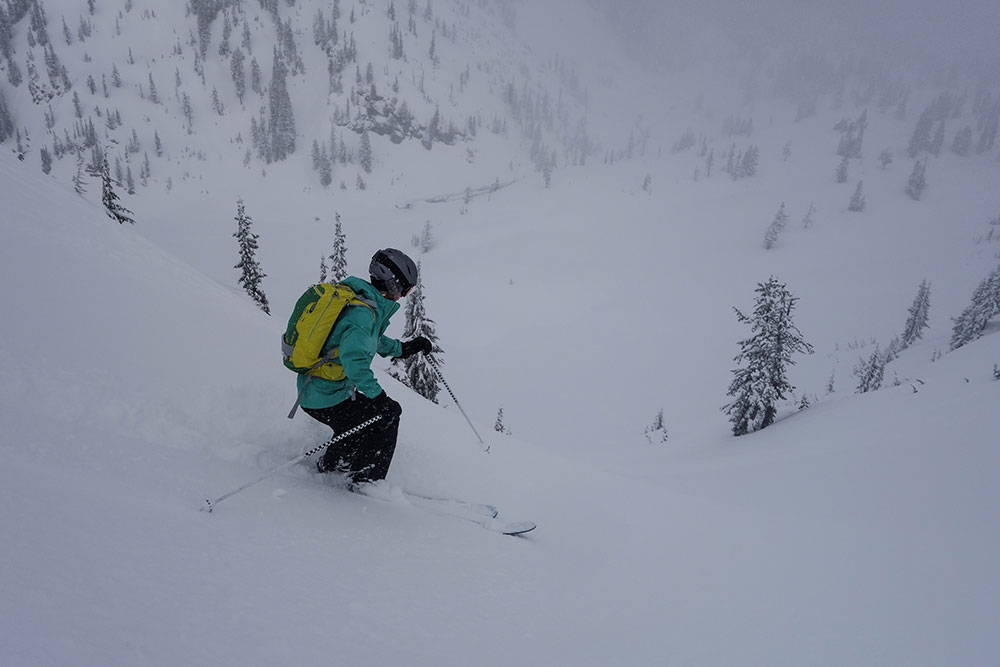 Fencing is the technique of utilizing physical features on slopes (rocks, trees, and other terrain features) to create boundaries/constraints for riders. If you’re blessed with a blank canvas of untouched pow to ride, you can also use your own tracks for fencing (i.e “stay rider’s left of my track to avoid…” the cliff, crevasse, or other hazards).

By stacking tracks, or spooning, you ensure that folks ride where they are supposed to. This reduces the chances of folks getting separated and lost or getting sucked towards a hazardous terrain feature that should be avoided. As an added bonus, you conserve more of the slope for your second lap or for the other humans that want to enjoy the pow. Sharing is caring.

This is great for when you aren’t concerned about avalanche hazard and are most concerned with getting separated (i.e. tight trees and whiteout conditions). By pairing up, you’ll at least be with one other human if you get separated from the group. 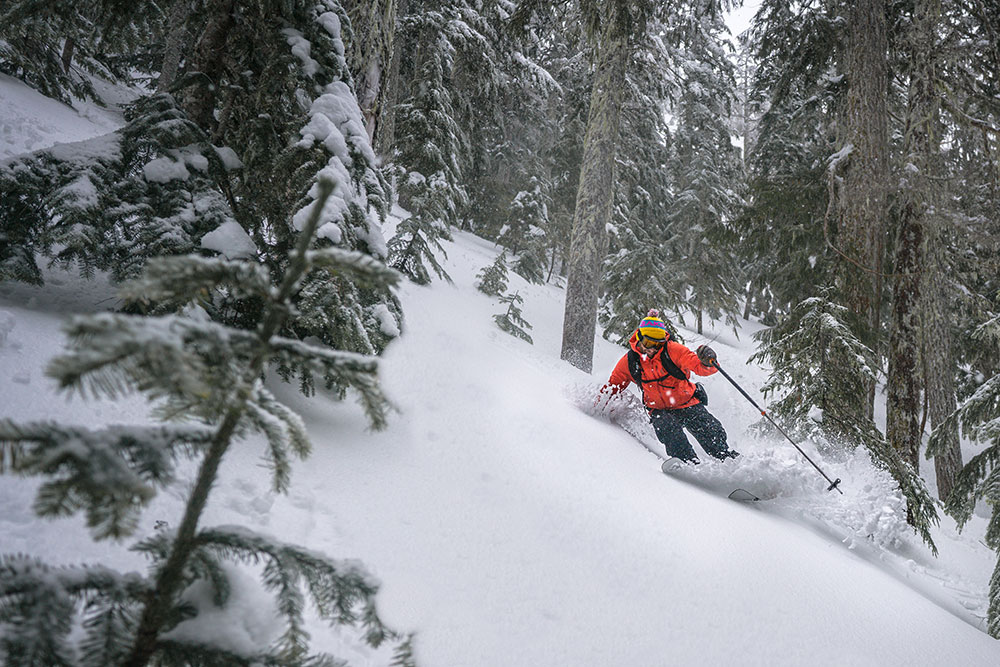 Similar to the reasoning of the buddy system and the iron caterpillar. The “Yell-a-pillar” is where you try to ride closely together using your voices to make hoots and hollers so you know where folks are. For this technique, it’s great to stop often to ensure you haven’t lost anyone. Also, keep the person behind you in sight!

In order to keep eyes on and the group together in challenging or complex terrain, it may be necessary to ride in short pitches rather than skiing something from top to bottom. Instead, ski from safe zone to safe zone.

Sometimes you need to ski something in one long pitch because there’s no safe place to stop in the run. Think couloir or big alpine face. No matter how much your quads burns, keep skiing or riding!

This strategy is one you can use in place of short pitches to keep visual contact with your squad in rolly/benchy terrain. Rather than the entire squad stopping at the first convex roller where you would lose sight of them, only the first person stops. Then the next rider can ski a longer pitch as they continue past the first person to the next roller. This helps keep things flowing and allows the squad to ski longer pitches. This only works, of course, if there are clear stopping places and safe zones that folks know to regroup at.